The outcomes of the 2020 Presidential and Congressional elections will undoubtedly have a great influence over conservation, agriculture and natural resource policy over the next two years. While in most elections, Americans could wake up the next morning knowing who controls Congress and the White House, this election is certainly an outlier due to a host of factors, and many races may not be called for a few days. There are many moving parts on the Congressional side with many races still outstanding.

Further down in the House Agriculture’s membership, some members who were predicted to have tough battles have ultimately won their campaigns, including Reps. Rodney Davis (R-IL)and Cindy Axne (D-IA), and some have lost their re-election (Reps. Xochitl Torres Small (D-NM) and Anthony Brindisi (D-NY).) Many other races have yet to be called, such as Rep. TJ Cox (D-CA), Angie Craig (D-MN), Cherri Bustos (D-IL), and current Conservation Subcommittee Chair Abigail Spanberger (D-VA).

While we don’t know who will be the new chairman of the House Agriculture Committee, there will certainly be some sort of shakeup, as Peterson has been either the chairman or ranking member of the committee (depending on which party had the majority) since January 2005. Some early frontrunners who have seniority on the committee could be Reps. Marcia Fudge (D-OH), Jim Costa (D-CA) and David Scott (D-GA), though none at this time have publicly stated they are aiming for that position. Potential replacements for the ranking member spot, based upon seniority, include Reps. GT Thompson (R-PA), Austin Scott (R-GA) and Rick Crawford (R-AR).

The Senate, which received much more public attention based on the potential for the majority to switch parties, will also have new leadership on the Republican side of the Senate Agriculture Committee, with Senator Pat Roberts (R-KS) retiring this year. Within the ranks of current committee membership, several Republican senators were fighting highly publicized re-election campaigns, with all appearing to have won. Senators Mitch McConnell (R-KY) and Joni Ernst (R-IA) both have won their campaigns, and Senator Kelly Loeffler (R-GA) will be going to a run-off on Jan. 5, 2021. Depending on how races in North Carolina, Michigan and the other Georgia Senate race end up, that runoff could be the determining factor.

Current Ranking Member Debbie Stabenow (D-MI) was not up for re-election and is widely expected to continue to be the top Democrat on the committee, and the only question is whether she will stay ranking member or move to be chairwoman. As for who could be her counterpart, many believe Sen. John Boozman (R-AR) to be the frontrunner to become lead Republican on the committee.

The House Natural Resources Committee will have a new ranking member, as Rep. Rob Bishop (R-UT) will be retiring. While several Republicans have indicated their desire to serve that role, one interesting candidate is Rep. Bruce Westerman (R-AR), since leadership for the committee for both parties has traditionally been led by Western members of Congress. Rep. Raul Grijalva (D-AZ) is expected to continue being the chair of the committee in the new Congress.

In the Senate, the Committee on Energy and Natural Resources and the Committee on Environment and Public Works aren’t expected to have much of a shakeup in their leadership ranks. However, as in the Senate Agriculture Committee, control over the Senate is still in flux, and therefore, we don’t yet know if current Ranking Members Joe Manchin (D-WV) or Tom Carper (D-DE) will move to be chairmen of their committees.

NACD’s Government Affairs team is continuing to monitor election results and will continue to advocate for locally-led conservation and conservation districts with the 117th Congress.

Coleman Garrison is NACD’s Director of Government Affairs and can be reached at coleman-garrison@nacdnet.org. 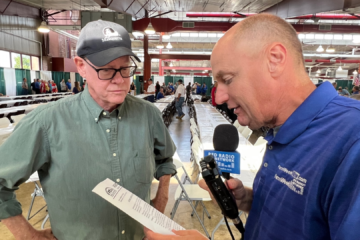 AISWCD celebrated Agriculture Day with the Illinois Department of Agriculture at the 2022 Illinois State Fair! We helped to honor Ulen Farms, our 2022 Conservation Farm Family of the Year, as well as the Saving Read more…

That’s a wrap! The 74th Annual Meeting and Summer Training Conference has come and gone. If you missed out on the fun, we have you covered! View photos from the event here!   Social event: Read more… 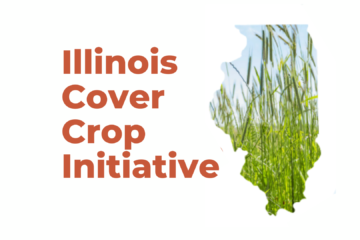 The Illinois Cover Crop Initiative is a new program available for Illinois farmers who intend to plant cover crops following their 2022 cash crop. Farmers can receive $10 per acre for cover crops planted by Read more…